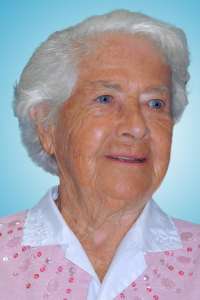 Sister Mary Martin aka Missy Martin had two great love’s, Her Religious Community and their dedication to those in need, and her family. Mary was very proud to be a Sister of St. Joseph of Brentwood. I only lived with Mary in Puerto Rico so that is where my stories come from.

At the Catholic University of Puerto Rico in Ponce Mary was the Dean of English and Foreign Languages. Many students who came to Mary’s office, came not just to register for a class, but more important, they were looking for a job. Mary was like the local employment agency. At that time we had many foreign students from Haiti and Latin America. Two young men in particular from Haiti, while they had a scholarship that paid their tuition, had no money for food. Every night after our supper they would gently knock on our kitchen door and Sister Mary would provide food for the next day. Both of these young men graduated, one lives in the States, with his wife and family and is gainfully employ. His brother, is married has a family and at present is writing educational software for the

And then there was the Jewish boy from the states who just arrived in Puerto Rico and wanted to enter the Ponce School of Medicine. Mary took him under her wing, found him an apartment near campus, managed to get him registered, for the appropriate classes and classes in Spanish because – Classes in the School of Medicine were in English and in Spanish. She shepherded him through the course of study and he graduated successfully. These were just some of Mary’s success stories.

While in Puerto Rico and in the States, Mary always kept a large calendar on her desk. Any Sister who needed a ride or wanted anything from the store could just write it on her calendar. When I visited her one day some years ago, we went on a “Treasure Hunt”. Sister A wanted stamps from the Post Office, Sister B wanted a Birthday card for her nephew, Sister C needed batteries and so on. Mary was always available. With or without a car the mission was carried out. She loved to walk and also to just sit outside Sacred Heart Convent in the sun, with a leaf on her nose.

Her family held a special place in her heart. She worked very hard to be sure they stayed in contact. She would call a niece and say “I was just talking to Douglas.  He has something he wants to tell you. Why don’t you give him a call?” Mary kept a box or two in a closet with all the things that Joan and Ed would need when they came to Puerto Rico to visit. Mary would canvass Beach houses in San Juan, and Boqueron until she found something suitable for them. People in these areas knew her as Missy Martin. When the family arrived Mary was off to the San Juan airport with the boxes in her trunk to meet the family and set them up in their vacation spot. When they left Mary would take them to the airport, check that all was in order in the house, and pack up her boxes for the next set of family visitors.

She loved Cranberry Lake in New Jersey and would take anyone who had the time over to the Lake for a day or longer to enjoy the beautiful scenery and a day of relaxation..

No, or It can’t be done was not part of her vocabulary. Nothing was too much trouble for Mary. I suspect that she is still running errands in heaven. May God bless her and grant her peace.

Sister Mary Catherine Martin, CSJ died on October 28, 2018 in the 79th year of her religious life.