Sisters of St. JosephUniting All in God's Love
News by Karen Burke November 29, 2015

In the aftermath of the horrific events in Paris, French authorities did not allow the massive march on Nov. 29, the day before the UN Climate Talks begin. Meanwhile, although the situation in Paris is fluid, marches and other climate activities around the world continued. More than 2,000 actions in 150 countries took place – and the Sisters of St. Joseph were part of that international demand for climate justice here in New York City! Sisters Mary Doyle, Theresa Scanlon, Susan Wilcox, Joan Gallagher, and Karen Burke joined other marchers to call on Mayor de Blasio to make strong commitments on climate before he goes to the talks in Paris. The climate crisis is real and NYC must take leadership by enacting policies that dramatically reduce our carbon emissions. NYC alone produces more greenhouse gas emissions than 97 countries! 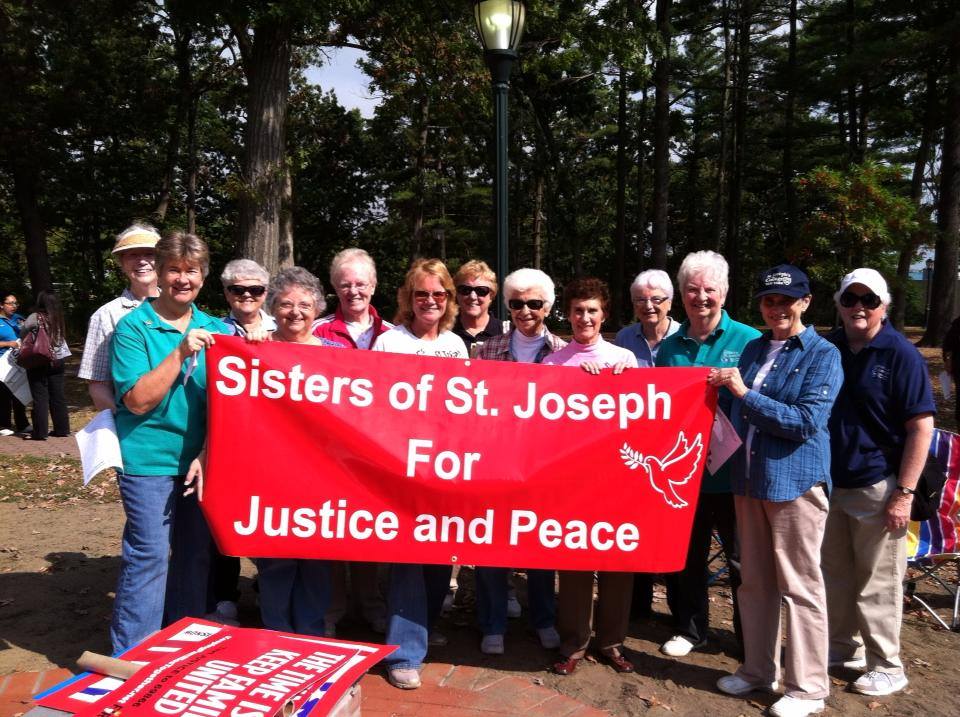 Respect for ALL Rally