Sisters of St. JosephUniting All in God's Love
News by Clara Santoro September 23, 2015

When Pope Francis comes to New York, he’s expected to call on Catholics to help immigrants and the poor, and fight climate change. Like many religious communities, the Sisters of St. Joseph in Brentwood on Long Island, have been doing that work for many years.
The group originally came to Williamsburg, Brooklyn in 1856 where they opened a school for immigrant families. They’ve now opened six, including one in Puerto Rico. They also offer a literacy program for immigrant women, other programs for incarcerated and formerly incarcerated mothers and their children, and a residence for seniors. They also have an organic garden and will soon launch an effort to make their facilities more environmentally-friendly.

“Our goals go back to our roots,” said Sister Helen Kearney, president of this branch of the Sisters of St. Joseph. “When we first came here, we were meeting a need. There was a tremendous immigrant population in the New York area and there were no educational opportunities.”
But as Brentwood’s mission has expanded, their numbers have declined. There were nearly 2,000 Brentwood sisters in 1926. Today, there are only about 500. And those numbers are reflected nationally.
According to the Center for Applied Research in the Apostolate at Georgetown University, there were more than 180,000 nuns and sisters in the U.S. in 1966. By 2014, there were fewer than than 50,000. Nuns over the age of 90 outnumber their sisters under the age of 40.
The graying of women religious in America is a longtime challenge for Catholic institutions. But it could be an even greater loss for communities that have traditiona 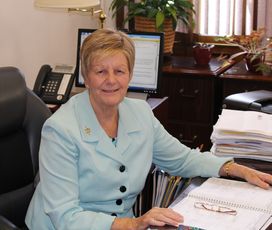 lly relied on them for the services government couldn’t or wouldn’t provide.
“We’re getting older everyday,” said Sister Kearney. “So I think the challenge is to be able to pass this on and to work with others around those same goals.”
Mary Gautier, a senior researcher at CARA, said most religious communities have been passing the torch to laypeople for decades.
“In the 70s, the vast majority of all the teachers in Catholic elementaries were women religious,” she said. “Now women religious are less than 3 percent. They’ve been pretty much replaced by other laypeople.”
Gautier said the pattern is the same at Catholic hospitals and social service agencies. But she said women religious have worked hard to impart the charism — or the spiritual orientation — of their mission and values.

Sister Kearney said the students at the Sisters of St. Joseph schools are still getting more than a good education.
“They achieve many different positions and professions, but they have a sense of giving back,” she said.
When WNYC spoke to Sister Kearney, she had recently returned from the annual assembly for the Leadership Conference of Women Religious. This was the first meeting since Pope Francis ended the Vatican’s investigation of the group. Under then-Pope Benedict, the Vatican accused the group of sponsoring conferences with “radical feminist themes.”

Sister Kearney said that’s all in the past and she credits Pope Francis’s openness and compassion.
“You have to face these issues. Women’s ordination is one thing, but just the role of women in the church. The plight of gay and lesbian people, divorced Catholics. The pope has already said we have to be welcoming. He’s not changing the doctrine yet, but he’s raising some tough areas that will have to be worked through,” she said.

As Pope Francis comes to the United States to the cheers of millions of adoring Catholics, Sister Kearney said she hopes he continues those difficult conversations. 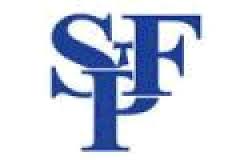