Sisters of St. JosephUniting All in God's Love
News Uncategorized by Administrator July 11, 2018

On Saturday evening at 5pm mass, Cardinal Joseph Tobin CSsR came to celebrate 125 years of Our Lady of Perpetual Help Parish.  Parishioners who speak four languages attended and greeted him after.  He spoke simply of being the oldest of 14 children born to immigrant parents. Although his mother spoke English, she prayed in Gaelic, he said to a warm and understanding crowd.

Later, committees and ministers who help the parish function were treated to buffet supper.  The Cardinal went to every group and had many pictures taken.  But, when he came to the Sisters table, he prevented Sister Judith Shea and Sister Rozanne Daly from standing to greet him.  He asked about the history of the Sisters in the parish and was genuinely glad to meet them along with Sister Theresa Wong who lives in the convent.

Cardinal Tobin clearly represents the wishes of Pope Francis that the shepherds of the Church must be very close to the sheep. 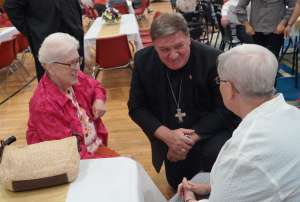 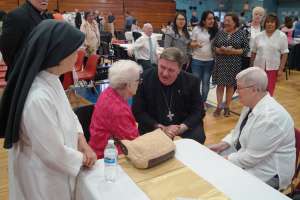 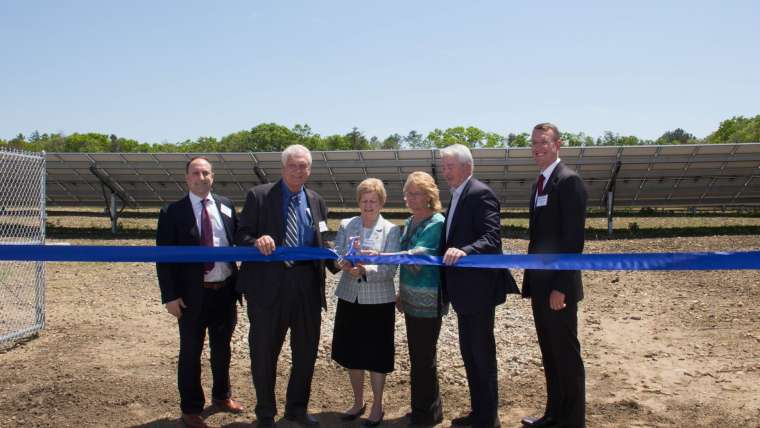