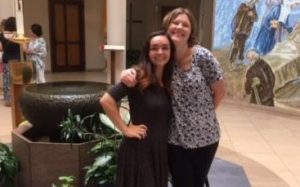 The inaugural year of our St. Joseph Worker Program has begun! On Saturday, August 19th Jessie Brown arrived from Milwaukee, Wisconsin and Cheryl Cedillo from Katy, Texas to begin their year of service. It did not take these two young women long to settle in and move into action. They began their orientation week attending liturgy at St. John’s University where they were welcomed by other Sisters of St. Joseph, friends and neighbors. Their culinary and baking talents were displayed during meal preparation and ‘grandma’s’ apple pie recipe which provided desert to those gathered around the table as well as some of their neighbors. 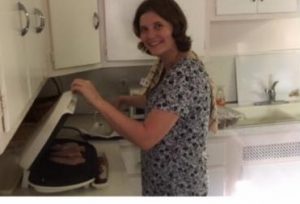 justice, community and leadership. They then set off to Stella Maris convent where they participated in exercises that prepared them to assist the sisters with viewing the eclipse. Upon returning home, the Workers were introduced to the CSJ tradition of Sharing the State of the Heart. They will engage in this practice weekly throughout their year of service. The third day of orientation they made their way to Brentwood meeting with the Leadership Team, sisters and co-ministers. 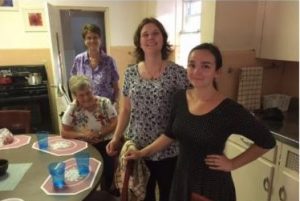 The second half of the week the Workers will travel to Pennsylvania to meet the St. Joseph Workers of the Philadelphia site and join them for a few days of retreat. During this time they will be guided towards developing a community covenant and take a deeper dive into the mission and values of the program.

Their Commissioning ceremony is on Saturday, August 26th. Next week Jessie will begin her service at St. Joseph High School and Cheryl at Hour Children.